Galen was born in Pergamon, a city in modern-day Turkey, in the year 129 AD. He was the son of a wealthy architect and received a good education in a variety of subjects, including literature, science, and philosophy. As a young man, he traveled to Alexandria, Egypt, where he studied at the famous Library of Alexandria and learned from some of the most renowned scholars of the time.

After completing his studies in Alexandria, Galen returned to Pergamon and began practicing medicine. He quickly gained a reputation as a skilled physician and was appointed as the personal physician to the Roman Emperor Marcus Aurelius.

Throughout his career, Galen made significant contributions to the field of medicine. He conducted extensive research on anatomy and physiology, and his work on the circulatory system and the nervous system was particularly influential. He also wrote extensively on pharmacology and developed many medications and treatments that are still in use today.

In addition to his work in medicine, Galen was also a philosopher and a writer. He wrote extensively on a variety of topics, including philosophy, ethics, and politics, and his ideas had a significant influence on the development of Western thought.

Galen died in Rome in the year 199 AD, at the age of 70. Despite his death, his work continued to be studied and respected for centuries, and he is considered one of the most important figures in the history of medicine.

"I am an investigator of truth. I do not certify anybody's statement without putting into test. After my time, if anybody desires and work to pursue and to decipher the truth, I have full faith that he would be completely satisfied with his investigation".

These are the utterances of a scientist known widely as Galen. Galen tops the list among the eminent persons in the medical science. His works on Medical Science and Anatomy is a milestone and masterpiece in the medical literature of the world. He was the first experimental physiologist. His works were based upon the studies made on apes and other animals.

Galen's father was a mathematician and an architect and his father's work influenced him very much in forming scientific attitude. He studied until he was twenty nine years of age and later started! practicing medicine with a great zeal and skill to emerge out as an eminent medical scientist.

Galen was born in 131 A.D. in Pergamum in the Asia Minor. His father was an engineer. His mother was known for short-temperedness quite contrary to the nature of his father who was a very soft-spoken gentleman. Nicon, father of Galen, christened him Galenos which, in Greece, meant To be Patient and Calm'. However, Galen had to lead a life of bustles. While mentioning his mother's temperament, he had said, "my mother, while being angry, has bitten her own maid-servant for peevish mistakes made by her".

Galen studied in a medical school in Pergamum. The teachers in the Pergamum Medical School were the followers of the system prescribed by Hippocrates. Later, when Galen studied higher medicine at Smyrna and at Corinth, he made extensive and exhaustive studies in anatomy and physiology. After his final studies in Alexandria, Galen founded his own medical laboratory where he conducted extensive research work on various aspects of the medical science with special reference to anatomy and physiology. Galen spent most of the part of his life in Pergamum. People of common knowledge did not accept his decision on his findings, initially. However, during 169 A.D. Emperor Mark as Aurelius invited Galen to Rome for further scientific research and higher studies in medicine. Besides, Rome, at that time, needed a physician for the military personnel. In Rome, Galen could find all facilities of his choice and needs pertaining to medical research, studies and treatment. During this period of his stay in Rome, Galen could conduct as many as 400 experiments in medicine. But unfortunately, only a few out these 400 experiments are available to us. One important and Interesting investigation among the many of Galen is his unquestionable statement made in connection with the blood circulation. He also studied the functions of the heart, its muscular layers, its valves etc. His sincere studies in this area of the human anatomy structure enabled him to prove beyond doubts is that the veins are the blood carriers. This fact was not known to anybody for quite a long time till the time of Galen.

Galen made a study of the nervous system also and realised that all the nerves report message to the brain through the spinal cord and it is the nervous system that controlled the movement of the diaphragm in breathing. The experiments that Galen conducted on muscles are still amazing to the medical world. His Investigation in this area happened to be the first of its kind. According to Galen, muscles always act in antagonistic pairs or groups to relax or to constrict in various parts of the body. Galen also felt that the body movements are controlled by the Central Nervous System and this condition was called PARAPLEGIA by Galen.

Galen was a lover of Nature. He firmly believed that everything in nature has its function and that injury to it brings about a change in this function of nature. This principle of Galen goes to prove the interest he had in the investigation of truth about nature. He said that the symptoms of a disease are not Indicators of a major incurable disease; in fact, he felt that these symptoms are the panacea for the disease and if observes carefully, the disease can easily be cured. 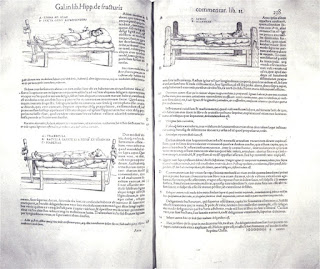 Galen was a keen observer of the emotions of human beings. This helped him in establishing the fact that emotional stress may intensify the severity of the diseases. He recognised the variation in the pulse-rate during an emotional stress. Many times, Galen had observed that there was variation in the pulse-rate among the Aristocrates of Greece when they were asked to pay the medical bill submitted by Galen for payment.

All the medical studies made by Galen were very systematical and they were made on the lines of Hippocrates. He opined that a theoretical conception cannot be formulated without making experiments and observations. Galen proclaimed to the world for the first time about the human anatomy in a scientific manner and he also made the world know clearly the major functions of every organ of the human system and how best they could be taken care of for a healthy existence of man. Most of the postulates of medical science were known by the Galenic System in the good maintenance of the human body and its organs.