Charles Darvin was a naturalist who presented to the world The Theory of Evolution. Darvin was born in 1809 in Shrewsbury in England. Dr. Rober Darwin was his father who was a physician. His grandfather was also a doctor. Charles lost his mother when he was too young. Even as a boy, Charles showed great interest in animals and insects. Charle's father wanted him to become a doctor like himself. He was, therefore, sent to the university at Edinburgh; but, he proved to show no interest in studying medicine. Though Charles was found to be a brilliant scholar in the class, his interest was more in the study of topics on the Origin Of Life. He proved to be an ardent scholar in the Study of Nature and Geological Science than in medicine. At the age of 22, Charles obtained a degree in Theology, but he didnot like to be a minister in the clergy. During this period, he met a young botany teacher JOHN HENSLOW at Cambridge. John Henslow introduced Charles to Captain Fitzroy with whom Charles decided to go on a voyage to Survey the South American Coastline as a Naturalist. He set out on a voyage in 1831 with a determination that his return-journey would be only after 5 years.
Charle's voyage was full of adventures and hazards. Undaunted, he made a huge collection of specimens of the bones of extinct animals. He noticed that reptiles, birds and even animal life differed from place to place, from island to island although he noticed certain strange similarities. He was surprised to note that these resemblances and dissimilarities could be understood if the inhabitants had common ancestors; but, they had undergone a series of minor changes in the course of their development. There were changes in the species; but, how and why did these changes happen? This was a burning question in the mind of Charles and therefore, he wanted to study the species of the extinct past and those of the existing present, through their bone-remnants. Thus, the idea of the Theory of Evolution crept into his mind for further propagation of the theory. After his return from the American Coast and the European Islands, Charles wrote his investigation in the form of an essay from London. 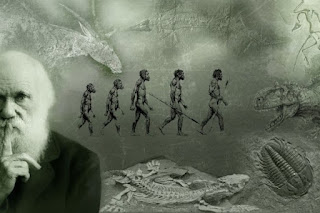 In 1839, Charles Darvin was married to Emma Wedgewood and he settled with his wife in Kent of Downhouse. Here, his life experienced a sprout to bloom in the study of Nature, his favourite study.
Around this time, Charles Darwin came into contact with another Naturalist of his intention in Alfred Russell Wallace. Both of them started gathering evidence in support of Darwin's theories during his voyage to the American Coastline. His studies 'On the Laws which has regulated the Introduction of New Species' and 'On the tendency of varieties to depart Indefinitely from the Original Type' drove Charles to announce his own findings to the world. On the 1st of July, 1958, Darwin's Theory along with that of Wallace's Essay was read out to the Linnean Society of London. Further analysis of his findings made Darwin conceive The Theory of Evolution which was published in 1859 through his work entitled The Origin of Species by Natural Selection. In this work, Darwin emphasised on the fact that in the struggle for existence, favourable variations would tend to be preserved and the unfavourable ones destroyed and the survival of the fittest was the key to the constant change in the species.
The works of Darwin were read with amazement. People were surprised to note that there was a certain asic form for the evolution of the species of animals on the surface of the earth and that only the animals most fitted by nature to obtain their basic needs would sustain.
By & large, naturalists agreed with and accepted the findings of Charles Darwin. However, he also faced objections and oppositions. The other works of Darwin that were acclaimed the best were The Descent of Man' & The Power of Movement in Plants'. 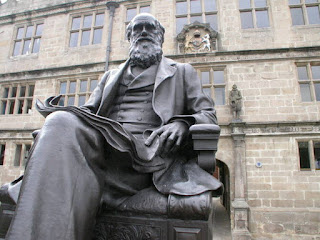 Charles went to prove that the fertility of soll depended upon the soil being the home-place for earth-worms. Charles's books, Formation of Vegetable Mould through the Action of Worms' explained that worms were of great importance in the history of soll study.
Charle's book on the Theory of Evolution' still remains the subject of controversy, but, by himself Charles was not a man of contraversies with anyone of his times.He was a fine gentleman, showed immense interest in caring for his investigations, plants and animals around him. He was greatly impressed with the wonderful work of Nature in its design to perform different types of jobs.
Charles Darwin died on 19th April, 1882 and his body was laid to rest in the West Minister Abbey. Thus, the saga of a great and wonderful Naturalist ended leaving behind the most accepted THEORY OF EVOLUTION to the constant developing human species.
Getting Info...