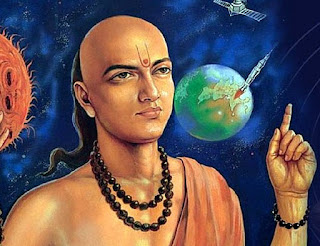 Nothing is known about the parents of Aryabhata who was a very wiseman, a great sage and a self-determined person. With his penance and mental concentration. it was possible for Aryabhata to envisage the reality of the movements of planets.

The first Indian-built satellite launched by a Soviet rocket in 1975 was an honour of this eminent astronomical scientist and mathematician who lived during 476-551. It was believed in the early period of science that Aryabhata lived in Patna of modern times (Pataliputhra of Magadha Kingdom of the past) near the famous Nalanda University which encouraged the study of astronomy. But, scholars now accept that he lived and worked in Kerala. 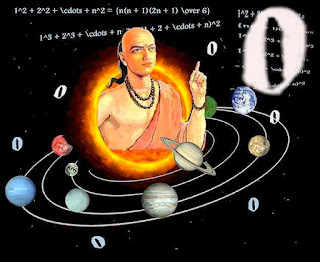 Aryabhata's greatest work is ARYABHATEEYAM which was written at his age of 23. Aryabhateeyam is a scholarly treatise on mathematics and astronomy in which has been introduced many new concepts extraction of a square and cube-roots, construction of trigonometric tables and eccentric-epicentric models of a planetary notion. In other words, Aryabhateeyam is a literal work containing 4 quadruplets of 121 hymns. Out of these quadruplets, one group is of poetic quality, the second one is of arithmetic, the third one is of planetesimals and the fourth one is with time and activity. All these quadruplets contain discussions on the rotatory and revolutionary processes of planets, determination of days and nights, movementary directions of planets. determination of neons, determination of weeks and months, eclipses, sunrise sunset, appearance of planets, comets, Dooms day. period of different aeons, discussions on all these aspects have been vividly explained in a very lucid style by Aryabhata. His major contribution to the field of astronomy and mathematics was the most accurate value of 'pi' as 3:1416 because 'pi' is the sign of the value of the radius and perimeter of a circle. In geometry, the use of 'pi' is very common. "The earth is a geoid body and it rotates on its own axis" -- this fact and the other fact that the stars moved in an eastward direction were proved with demonstration by Aryabhata with illustrative examples. Till such time people believed that the earth was a stationary object Aryabhata told the people that because of the earth's rotation, sunset and sunrise are caused and if one region of the earth is in dark, the opposite region will have bright light. 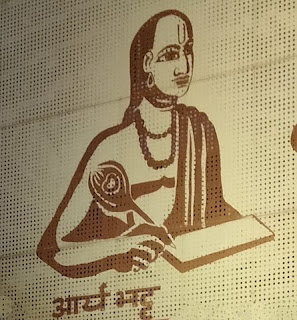 In fact, astronomy is a definite science dealing with the preparation of almonacs, determination of the movements of Sun & Moon in the sky, knowledge of eclipses, new and full moons, fixation of weeks, months etc. Astronomical science was known even during the 5th century, very much earlier to Aryabhata. Astronomical science was developed into & regular science on a regular & systematic pattern only by Aryabhata around the 6th century.

Algebra was brought to light only by Aryabhata He gave the world, complete details of capital amount and the of interest to be levied on the principal amount and also the necessary formula to be adopted in this aspect.

Learned scholars have given keys to Aryabhateeyam, among whom LATADEVA is of importance as he happened to be one of the students of Aryabhata. Latadeva was a highly learned astronomer.

To conclude, Aryabhata continues to be a pole-star for many more new investigations in astronomy; he was an authority on astronomy and his formulas in solving many astronomical problems are very simple and are accented and adopted even to-day.